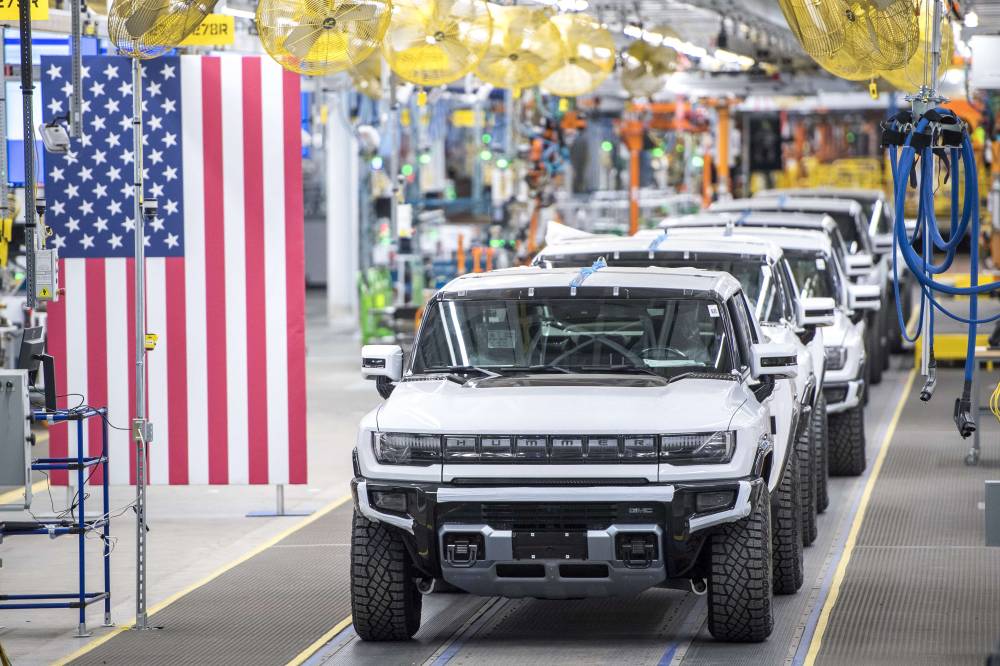 Electric pickups may be suspicious of some environmental activists, but for Americans, the shift toward electric power in these large vehicles is key in the fight against climate change.

However, these pickup trucks require larger batteries, which in turn magnifies the carbon footprint associated with their manufacture. They are also heavier, and consequently consume more energy, which poses a problem if the electricity is not 100% renewable.

“The carbon footprint of an electric vehicle increases roughly in proportion to its weight,” the French Environmental Transformation Agency said in early October.

But the Americans call for a realistic approach to the situation. The best-selling cars in the country are the Ford F-150 pickup truck, the Chevrolet Silverado (General Motors) and the Ram (Stellantis), followed by the Toyota RAV4 SUV.

“This is the current state of the American market,” says Luc Tonachel, who is in charge of the Clean Vehicles Program at the American Environmental Society NRDC, and “it’s not going to change anytime soon.”

The main thing, in his view, is to “eliminate the pollution emitted from the exhaust pipes of all vehicles as quickly as possible.”

It may seem appropriate to start with the most emitting vehicles with their thermal version.

President Joe Biden did not hesitate to test electric versions of the huge Hummer vehicles (General Motors) or the Ford F-150 during his visit to the headquarters of the two manufacturers.

American motorists are accustomed to vehicles “with a wide trunk and a large height,” according to Alan Amici of the Center for Automotive Research. “I don’t expect to go back to the small sedans,” he says.

Daker analyst Bertrand Racoteau, a French resident in the United States, confirms that Americans have a different relationship to their car compared to Europeans.

“They use pick-ups to transport furniture, or to entertain themselves through hunting or camping trips,” he says. With fewer vacations, they “go more for weekends”; They move in large areas. Advertisements often show these vehicles driving off the paved roads.

Some motorists also fear the dangers of driving small cars in the middle of large vehicles, as they face a greater threat in the event of collisions.

Although they mainly use their cars for short trips, many drivers remain reluctant to purchase cars that cannot travel very long distances.

For GM, the ambition is to switch entirely to electric vehicles, according to Christine Simin, director of sustainable development at the group.

“We want to have products that meet every customer’s needs” and fit every budget, explains Simin.

Motorists can, if they wish, turn to the small electric models offered on the US market made by Asian and European companies.

Large vehicles are becoming increasingly popular all over the world.

According to the International Energy Agency, nearly half of the vehicles offered in major markets in 2021 were SUVs, well ahead of the small (10%) and mid-size (23%) models.

In the United States, small models represent only 2% of the total vehicles offered.

The general trend towards SUVs is worrying because they consume more energy, both fossil and electric, says transport specialist at the environmental NGO Greenpeace Benjamin Stefan.

“Of course, electric pickups will have a lower carbon and environmental impact than a fossil fuel-powered pickup,” he adds, “but the footprint can also be reduced by owning a smaller car or not owning a car at all.”

The specialist notes that senior representatives of the automotive sector “always tend to discuss our demands for an acceleration of the transition to electric vehicles, but they do not take us seriously once we touch on the issue of SUVs.”

However, he says, if there is a real desire to limit the rise in temperatures, “we must squeeze all the levers at our disposal.”