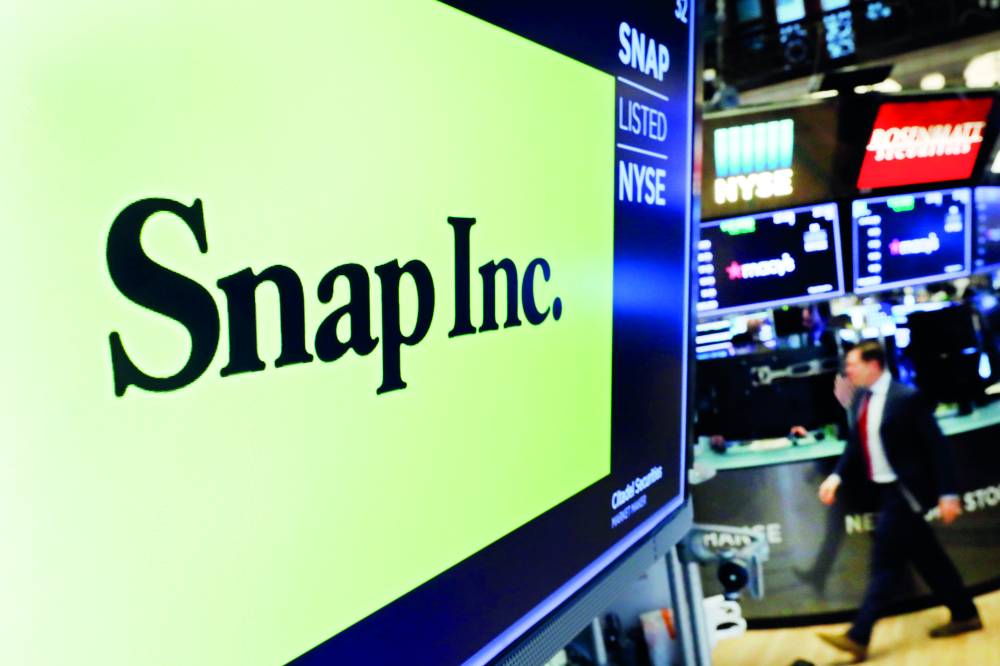 From San Francisco to Seattle, American technology companies are concerned about a decline in growth and discouraging future prospects, in a negative indicator for the giant groups in the sector after they appeared for previous periods stronger than crises, especially with the entry of new players into the competition arena.
Wedbush Securities analyst Dan Ives said that this week will be one of the worst financial results in the history of big tech companies, and it may even represent a potential turning point.
Alphabet, Google’s parent company, had its weakest revenue growth this summer since 2013, barring the start of the COVID-19 pandemic.
Amazon also posted a 9% drop in third-quarter net profit and reported lower-than-expected revenue, which led to a 15% drop in its stock in online trading after Wall Street closed Thursday.
Meta (Facebook, Instagram, WhatsApp and Oculus) suffered similar setbacks, as its share value fell by 19% on Wednesday evening, due to a halving of profits to $ 4.4 billion, especially due to statements by the founder of the network, Mark Zuckerberg.
The head of the giant American group stressed during a conference of analysts the priorities of META, which are artificial intelligence techniques that allow making recommendations for (Real) clips that include short videos copied from the Tik Tok format to users, advertising tools on messaging services and our vision for Metaverse.
“Those who are patient and invest with us will eventually be rewarded,” said the founder of the world’s leading social network.
strong competitor
But investing huge resources to develop a parallel world that combines augmented and virtual reality tools raises increasing suspicion among observers, at a time when inflation, high interest rates and competition with Tik Tok are eroding the profit margins achieved by the giant group.
“There is absolutely no information on the potential revenue Meta can derive from metaviruses,” said Debra Aho-Williamson, an analyst at Insider Intelligence. Nobody knows that.”
“Google has a better chance of recovering quickly, because its search engine has been the bedrock of the Internet for decades, both for consumers and businesses,” she added. Its business model has not been broken.”
Marketing budget cut
In the face of global economic difficulties, many advertisers have reduced their marketing budgets.
“We knew global ad spending would shrink,” said Tejas Desai, analyst at Global XITFS. But I think the worst is behind us.” He added, “Things will not go so badly, the declines are still modest with pressure on exchange rates and inflation.”
On the other hand, Tik Tok poses a long-term threat to its competitors. In 2021, the entertainment application outperformed Google in the competition for the title of the most famous site in the world, according to “Cloudfire”.
Debra Oho Williamson acknowledged that TikTok is a strong competitor, but there is no comparison in terms of advertising revenue.
She pointed out that the historical players in the sector “are still far ahead.”
Foggy in the festive season
Technology companies are also paying a price for the comparison with the results of 2021, when the pandemic was boosting the results of electronic services.
Only Apple, which succeeded in maintaining positive results thanks to the iPhone, was spared from this situation.
“We’ve hit a new record for our serviced device base,” said Apple Group President Tim Cook, speaking of a record number of users who ditched their smartphones or tablets to buy newer models.
Apple beat market expectations, with revenue of $90 billion (up 8% in one year) and $20.7 billion in net profit between July and September. However, the negative impact of a stronger dollar is expected to intensify during the holiday season.
“We expect the exchange rate implications to have a negative impact of about 10 percentage points within one year,” said Apple Chief Financial Officer Luca Maestri.
Amazon is also forecasting weak growth of between 2 and 8% year-on-year for this crucial period.
The e-commerce giant’s revenue rebounded this summer, after contracting in three consecutive quarters, but it also directly suffered the effects of exchange rate fluctuations.
Microsoft, which still relies heavily on cloud computing for its revenue, posted good quarterly results on Tuesday, but warned that Azure, its remote computing platform, would grow less quickly through the end of the year.
(AFP)